Non-Hodgkin lymphoma is a rare form of lymphoma that can occur at any age. Some patients recover completely. The non-Hodgkin lymphomas (NHLs) are a diverse group of blood cancers that include any kind of lymphoma except Hodgkin’s lymphomas. Types of NHL vary significantly in their severity, from indolent to very aggressive. 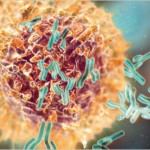 Hodgkin’s name comes from the physician Thomas Hodgkin, who in the nineteenth century (1832) first described Hodgkin’s disease. Now it is officially called Hodgkin’s lymphoma. There are many variants of Hodgkin’s disease all wit the name non-Hodgkin’s lymphoma (NHLs). There are about 30 to 40 different forms of non-Hodgkin lymphomas, which are very different in behavior, presented in the body and sensitivity to therapy. That makes it very difficult to provide good detailed information about NHL. This text is therefore mainly intended a an orientation on the large NHL groups.

The cause of non-Hodgkin’s lymphoma is unknown. There are some rare forms where viruses play a role, which may develop in patients with congenital immune disorder or during treatments that suppress the immune system, such as after kidney, heart, lung or liver treatments. It is in all cases based on aggressive cells derived from the lymphocytes, a type of white blood cells that play a role in our defense.

Some patients with non-Hodgkin’s lymphoma have few complaints and suffer from a swollen lymph node. Often they cause swelling in the neck above the collarbone, under the armpit or groin (which is painless). Sometimes the swelling is growing rapidly, but usually it grows slowly. Depending on where the NHL begins, the symptoms may include stomach or abdominal pain (localization in the stomach, spleen or abdomen), skin disorders (localization in the skin), complaints of the throat or nose (localization in the tonsils, oral cavity or nasal cavities and paranasal sinuses), tightness of the chest (localization of NHL nodes behind the lungs or confusion (localization in the brains). In general, there may be symptoms of unexplained severe weight loss (more than 10 percent of the original weight) with mostly good appetite, profuse night sweats (waking up with wet clothes and bedding should be changed) or unexplained fever.

The diagnosis of non-Hodgkin’s lymphoma is done by taking a biopsy from an abnormal lymph node or other affected area and then it will be examined under a microscope. Sometimes the disease is identified by the pathologist (the specialist who examines the lymph node under a microscope), but the identification is often difficult, because there is so many different types. This requires special expertise. Specialist pathologists work primarily in specialized cancer hospitals. Certain infections or inflammation can sometimes treacherous look like an NHL.

There is no specific treatment method because of the great diversity of types of NHL and NHL patients. It is important to know that a group of patients can be cured. Cured refers to: the NHLs lymphoma is destroyed and it will never come back. There are also not so aggressive forms of NHL that not always require a treatment, or where the treatment will catch it. Most of the times lymphomas are treated by combinations of chemotherapy, monoclonal antibodies, immunotherapy, radiation, and hematopoietic stem cell transplantation.

The treatment, if needed, can not be set until comprehensive examination is finished. This research takes time (at least two to three weeks) and thus leads to a long period of uncertainty, but this is inevitable. During that waiting time preparations can be taken to undergo the upcoming treatment as best as possible. The better the condition of a patient, the better the treatment will catch on and may be tolerated. Any weight loss can be corrected using extra diet. If a patient smokes, it should seriously try to stop. While most NHL chemotherapy do not permanently affect fertility, it is for male patients recommended for to freeze sperm. Again, this is something than can be organized during the waiting time.

The duration of treatment varies by type of NHL, by stage of disease and the risk profile of the patient and can vary from a few months up to six months. In some cases, the end of the treatment will be continued with a maintenance treatment to reduce the risk of recurrence. Treatment usually consists of cell-killing drugs in the form of chemotherapy regimens, which may consist of tablets, but sometimes also types that can only be given through the bloodstream. Each two, three or four weeks via an infusion.

During and after the treatment research must be done again to check if NHL responds well to the given therapy. This means that scans or other tests are repeated midway and at the end of therapy. The first year after treatment: intensive monitoring (every two months). In subsequent years the intensity will go down. After five years checks will be repeated once a year. Basically a patient should be checked for the rest of his/her life. The first year for a possible return of non-Hodgkin’s lymphoma. In later years checks are focused on possible upcoming side effects of the treatment. 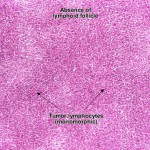 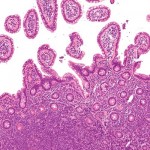 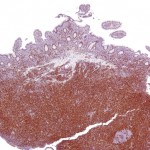 
Actor Andy Whitfield, who starred in the successful television series “Spartacus: Blood and Sand”, died yesterday in Sydney, Australia where he had lived since 1999. A year and a half […]