The Statue of Liberty is a statue in New York Bay. It symbolizes the welcoming of returning Americans, immigrants and guests. 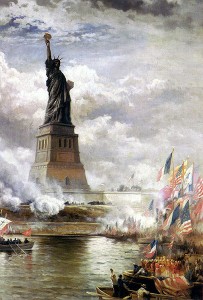 The statue was originally intended as a giant lighthouse at the northern entrance of the Suez Canal, but Egypt had no money. It was a present given by France to the United States and was placed in June 1886.

It consists entirely of copper plates attached to a frame designed by Maurice Koechlin, an employee of Gustave Eiffel. The pedestal was made ​​from euville limestone designed by the American architect Richard Morris Hunt. The crown has seven points symbolize the seven continents and seas.

In 2003 the 118 years old monument was restored and renovated again, especially for the safety of visitors and enhance the preservation of the statue protection. Since summer 2004 the Statue of Liberty is open for visitors again. There is a ferry from Battery Park on the southern tip of Manhattan to Liberty Island, the island on which stands the Statue of Liberty, and to Ellis Island, where the arrival halls for immigrants can be seen.

On Independence Day (July 4) in 2009 the crown of the Statue of Liberty reopened to the public for the first time since September 11, 2001. 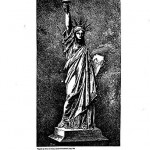 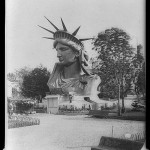 Statue of Liberty Head in Paris 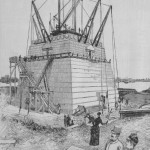 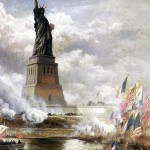 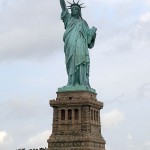 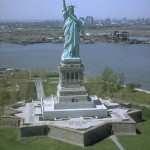 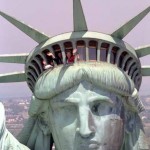 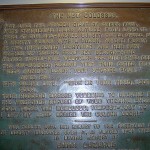 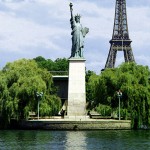 Related to Statue of Liberty